What Does Data and Analytics Need for 2023? Forrester Shares Predictions Forrester today released its 2023 predictions for data and analytics (D&A), and the prognostication isn’t pretty. Frighteningly little progress has been made toward becoming data-driven in a meaningful way among a large swath of organizations sampled by the analyst group.

In 2022, only 7% of organizations have reached a state of maturity in terms of their quest to become insights-driven, according to Forrester, the same figure as in 2021. Similarly, only 48% of organizations surveyed were making decisions based on quantitative analysis rather than trusting their gut instincts, which was down one or two percentage points from 2021 and 2020.

This data points to 2023 being a make-or-break year when it comes to D&A, according to Forrester analyst Kim Herrington.

“Our experts believe that this ‘pause’ is the calm before the storm, and that the decisions made in 2023 will fuel or extinguish a world of insights opportunity,” Herrington writes in the three-page report.

But rather than going “horror show” and slashing the D&A and analytics budget in 2023, Herrington writes, thoughtful organizations will take the opportunity assess where they are and get their D&A houses in order “so they are able to play their best hand once the social and economic waters calm.”

In an interview with Datanami, Herrington provides some insight into what organizations can do to put them in a better position to succeed with their D&A strategies in 2023 and beyond. Herrington and her team identified five pragmatic steps they can take. Analytics is all about finding out how things are connected in the real world, and it requires being curious and questioning assumptions. Companies that don’t foster a culture that embraces asking questions in 2023 will not keep their question-askers for very long, Herrington says.

“We have all of these people coming to these organization because their job titles and descriptions say we you want you to be part of our revolution to be a data-driven company,” Herrington says. “And then they get there, and they realize they can only work with spreadsheets,  and they’re not able to change any of them, and if they speak up, they’re going to get rejected or subjected to ridicule for speaking out and saying something.”

Forrester’s prediction is that organizations will lose talent if they don’t build a culture that embraces psychological safety. Instead of snickering or teasing colleagues for asking questions, organizations should adopt the rule that there are no dumb questions, Herrington says.

“It has to be available, across the board, that anyone can ask these questions,” she says.

“I actually see more people than ever jumping on the data governance bandwagon,” Herrington says. “There’s more content there, and it’s way less scary to talk about governance now than it once was in the past.” Few people are lured into the D&A profession because of data governance. Tracking provenance, lineage, quality, privacy, and security aspects of data is probably the least exciting part of building an insights-driven organization. But the reality is that there’s no quicker route to D&A ruin than by neglecting these core principles of data governance.

“Data governance for some may not feel sexy, but the truth is, without it, you are lost, because it underpins everything,” Herrington says. “So if you want to actually monetize your data at any point, if you want to make it actionable, if you want to be data-driven, then you’ve got to make sure that the data that you’re being driven by is going to drive you to the right location.”

3. Pulling the Plug on D&A Projects

In 2023, 25% of D&A projects will be killed, predicts Forrester. This won’t be due to budget cuts, which the analyst group isn’t seeing just yet. The culling is more a reflection of the need for D&A teams to show the executives and decision-makers a real return on their D&A investments.

“It’s not bad to consolidate down. It’s not the worst thing in the world. But you also have to have room for innovation,” Herrington says. “The truth is you can’t cut back on your data and analytics stuff. It’s about moving forward on innovation. Yes, you can spend more on artificial intelligence, but you also have to spend more on data and analytics, because that comprises also your business intelligence and data governance. This is the stuff that makes the world go round.”

Let’s face it: people like their BI tools. You may not like Excel, but you’ll never get Bob’s spreadsheet until you pry it from his cold, dead hands. 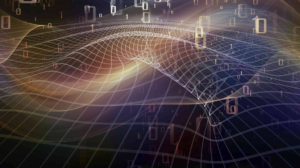 Instead of forcing everyone to use the same BI tool, forward-looking organizations in 2023 will invest in BI fabrics that allow different BI tools to co-exist, but with a certain amount of data sharing and communication.

“It’s about maximizing what you have in this next year,” Herrington says. “The truth is, it took so long to build the use case to buy the tool. And now we’re just starting to get users on board to use the tool, via data storytelling, data literacy training, data communications, that we have to get people more comfortable with using the tool.”

As organizations get more of the D&A basics down, they’ll have the sort of foundation upon which they can build data or insights products. In fact, 14% of organizations in one Forrester survey say they plan to do just that over the next 12 months.

Herrington, whose main interest revolves around collaboration and communication tools that enhance data storytelling, is hopeful that 2023 will bring growth in that area.

“It’s one thing to discover an insight for yourself, but it’s another thing to share it with someone else,” she says. “And again that has to do with basic communication capabilities, but also data governance policies. If you have an insight, again, you have to know that if you send something to someone else, that they will be able to open it.”

The Modernization of Data Engineering at Capital One

Editor’s note: This article has been corrected.  Kim Herrington’s name was misspelled. Datanami regrets the error.